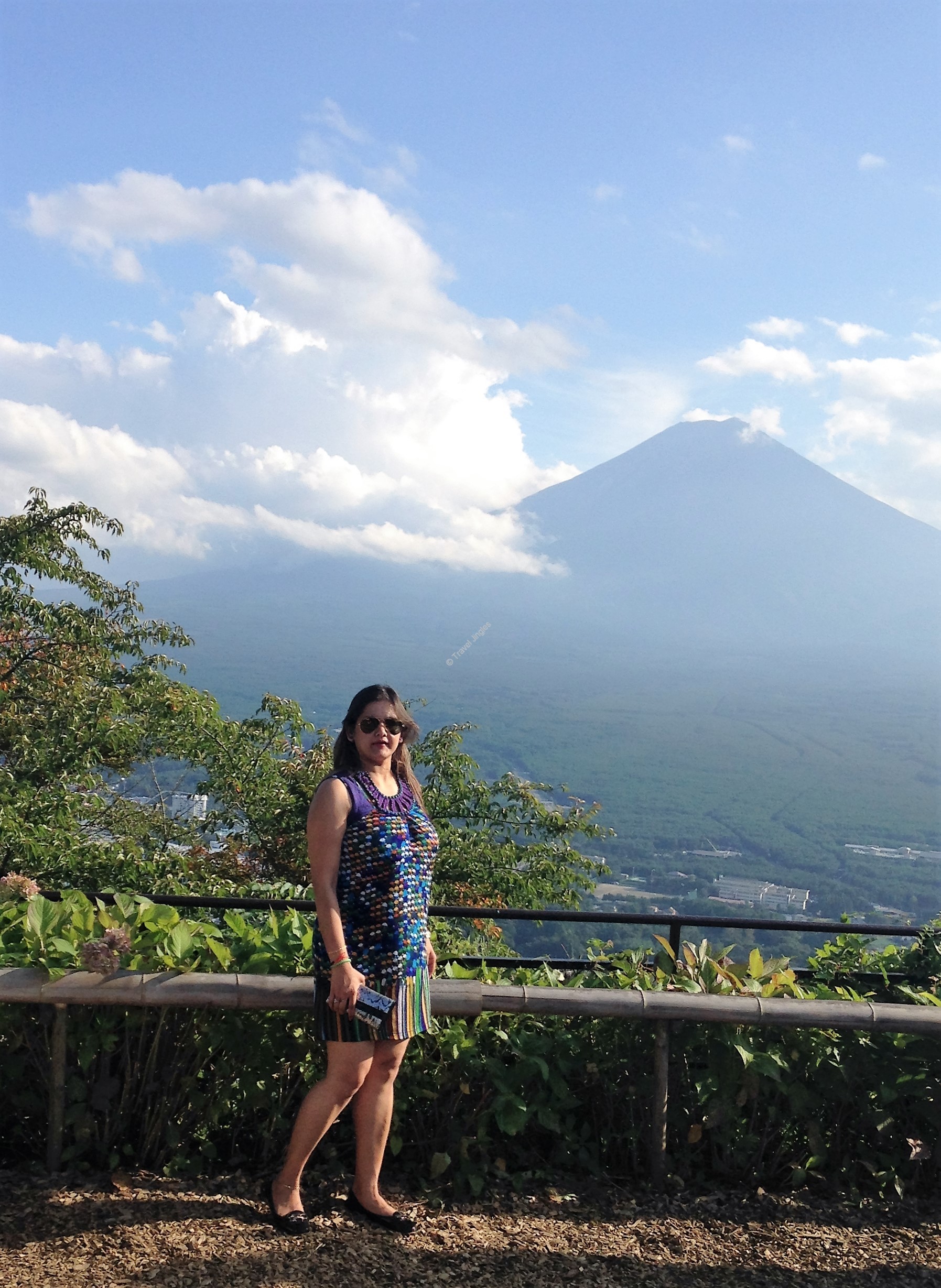 FUN AND FROLIC OF JAPAN

JAPAN-THE LAND OF THE RISING SUN

Japan, a name synonymous with beauty and technology, tops every traveller’s list and mine was no different. So, when presented with an opportunity…I grabbed it with both the hands. Looking forward to an enlightening experience in the Land of the Rising Sun, I boarded a direct 8 hour Japan Airlines (JAL) flight from New Delhi to Nirata. The prelude to the journey was that of comfort, with recliner seat in business class!

Upon arrival, we were whisked off in Fijukyu bus to Apa Resort, Myoko Pine Valley which is in Niigata prefecture, about 200 kms away from the airport. Japan has 47 prefectures or administrative divisions, each having a distinct feature.

It took us 5-6 hours to reach our destination which was interspersed with scenic views that were spectacular. However, our first view of the resort drove away all the fatigue that was beginning to build.

Nestled amidst refreshing greenery, the Apa Resort, beckoned us to experience its hospitality. A warm welcome with a smiling, “Konnichiwa” (greeting with a bow) assured me of a good time. We were treated to our first scrumptious Japanese dinner spread, with fine wine and a magnificent view.

Post a hearty meal, I headed to my room and was astonished by the grandeur. The room, true to Japanese hospitality was elegant and tiny but spacious also at the same time to have more than basic things in the room. 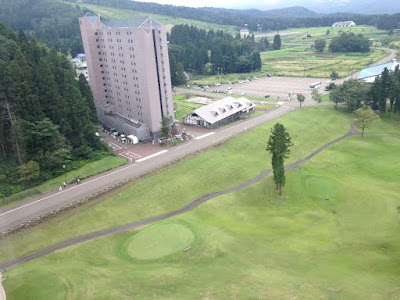 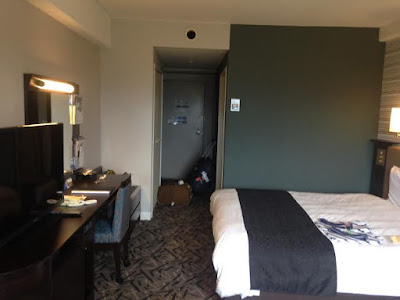 However, the feature that really caught my attention was the restroom, which reflected the Japanese ingenuity of space utilization. The restroom, despite its size, had a bathtub and certain lavatory features that usually one comes across in books and movies. It sure was avant-garde for me. The toilet seats with temperature control, adjustable shower jets, blow dry functions, in tune with music players showed the comfort that the Japanese believe in. The detailed arrangement was definitely a “first” for me and as a traveller, I thought of sharing this “special lavatory” information with my fellow travellers. 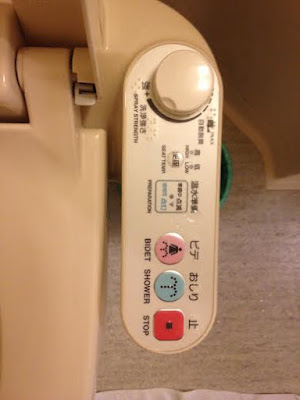 The next day, my tour began with Mt Fuji…a majestic feature that one cannot miss, located approximately in the centre of Japan. Locally known as Fuji-san (“san” is a respectful address), this 3,776 meters above sea level mountain, stretches over Shizuoka and Yamanashi prefectures. The area surrounding Mt. Fuji is the most attractive tourist route for all kinds of sightseeing spots in the environs such as the Five Lakes of Fuji known as ‘Fuji-go-ko’ and Hakone.

An object of awe and admiration for Mt Fuji is considered a sacred mountain, with the divinity of fire. Some myths depict this supreme elevation as a deity, most frequently as a goddess.

For me witnessing Fuji San from the Yamanashi Prefecture viewpoint, (reached by a cable car) was nothing less of a spectacle. The view of the mighty mountain playing hide and seek with clouds and the sun, totally added to the picture perfect setting. How could I leave this breathtaking view without having a memoir? With Raj and Rakesh (Our team leaders, Indians who work here) in tow, shopping, bargaining was a piece of cake 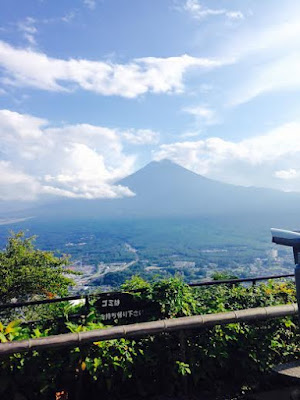 Interestingly, I befriended a few locals and their charm was contagious. I couldn’t help clicking a picture alongside a pretty girl, who graciously let me take a picture with her. It was a superb interaction in ‘English”. As majority people speak Japanese there. 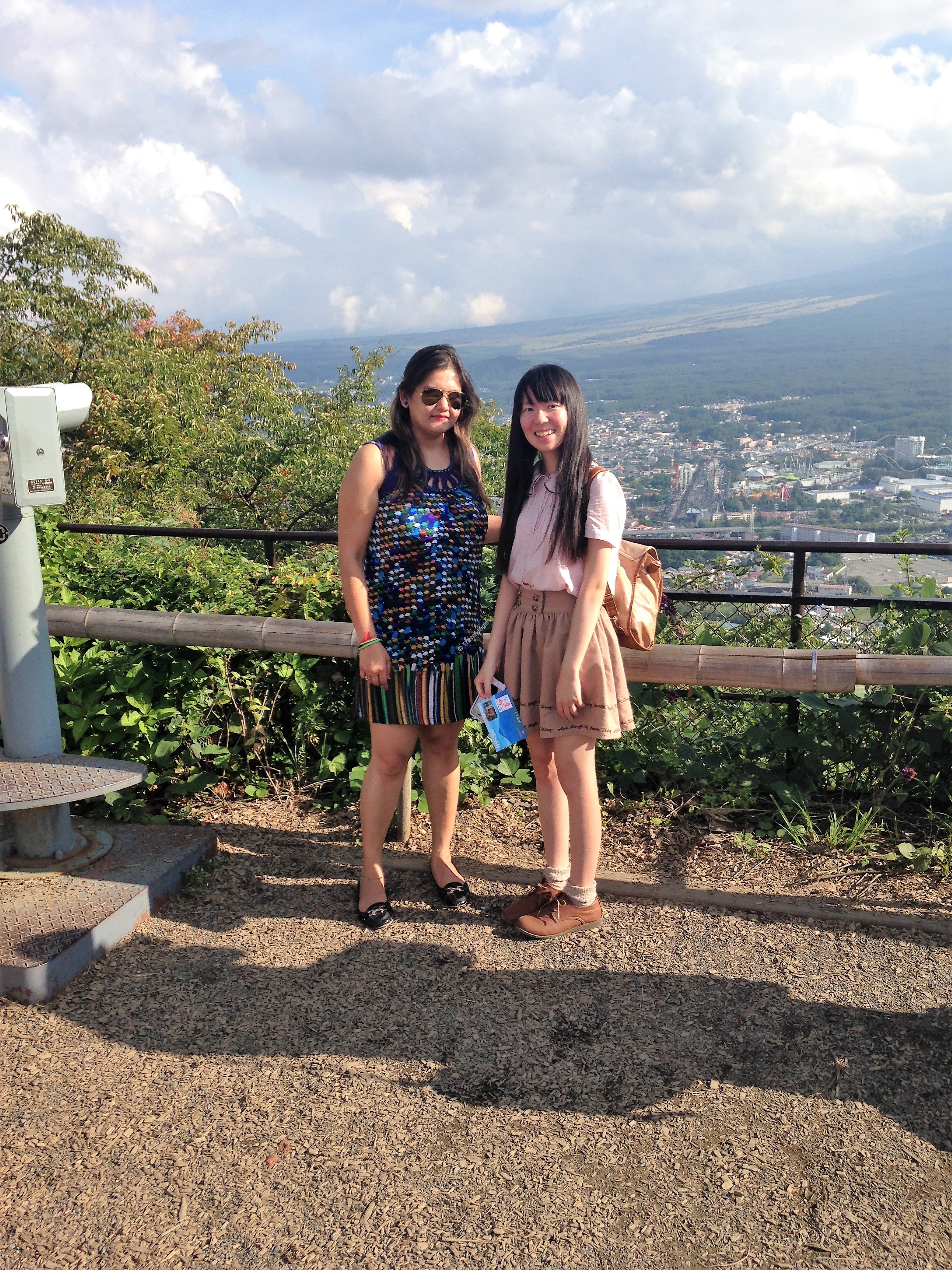 As we were tired, our next destination was to reach and check in, to our hotel. Today, we were staying at Hotel Mt. Fuji, in Yamanashi Prefecture, which was completely breathtaking as we could also witness the “Fuji-san” right from the room. It also had an onsen (a natural hot spring) enriched with sulphur & iron. What better could I ask for, to rejuvenate? Apparently, a 15 mins dip in this eco-rich onsen, is considered beneficial for detoxification of the body and relieving any pain that one might have. After a tiresome day, this detoxifying experience had me relaxed and rejuvenated. For those looking for ambience, this is a good place to step in, as the onsen is open until late night.
Next morning we checked-out of the hotel. It was time for some excitement and adventure today as we were visiting “Château Mercian” and Fujikyu Highland, in Yamanashi prefecture.
Château Mercian, of the Mercian Corporation, is a historical vineyard, embodies the Japanese spirit of finesse and elegance. During the demonstration, we were taken through the process of winemaking, the parameters of adjudging the wine (colour, odour and taste) and most importantly the etiquettes while consuming wine. Since we were touring the vineyard, I couldn’t refrain myself from plucking the juicy grapes hanging right above me to savour the delicate taste. We also had some sumptuous lunch here which was worth talking about. The session definitely lifted my spirits! 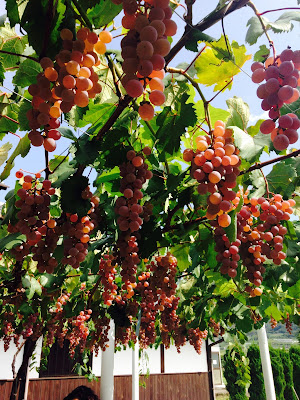 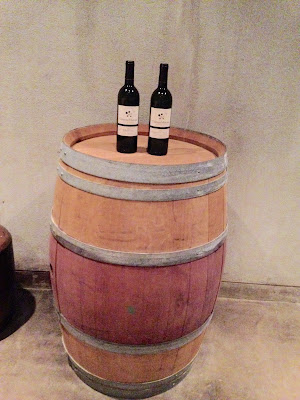 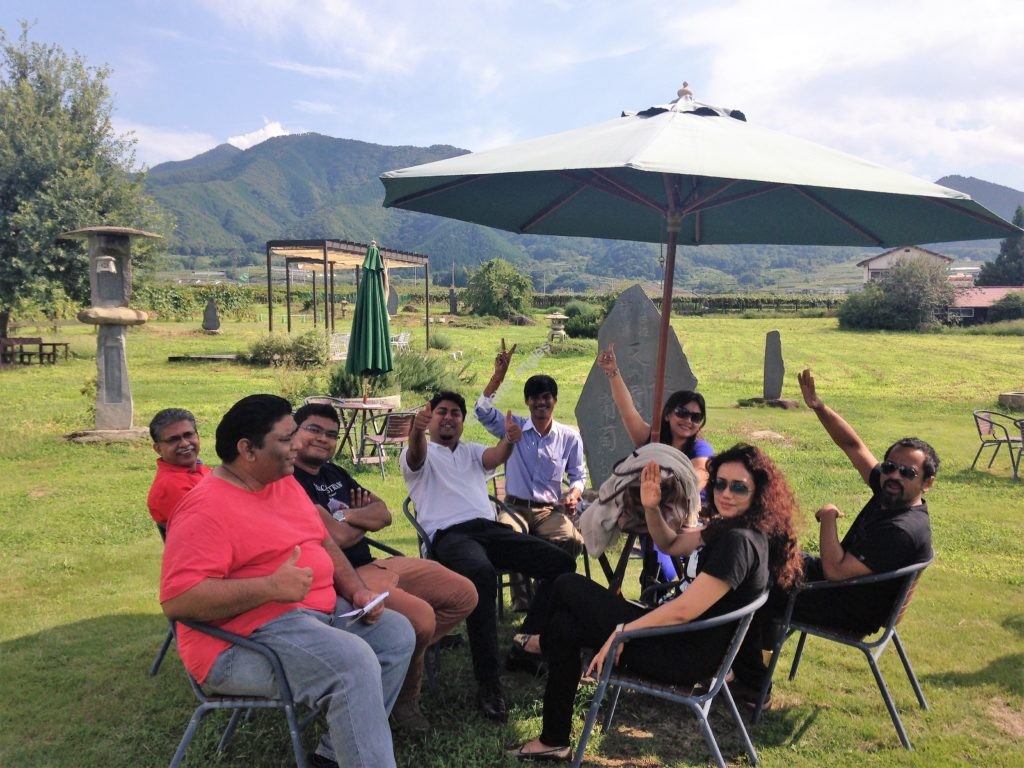 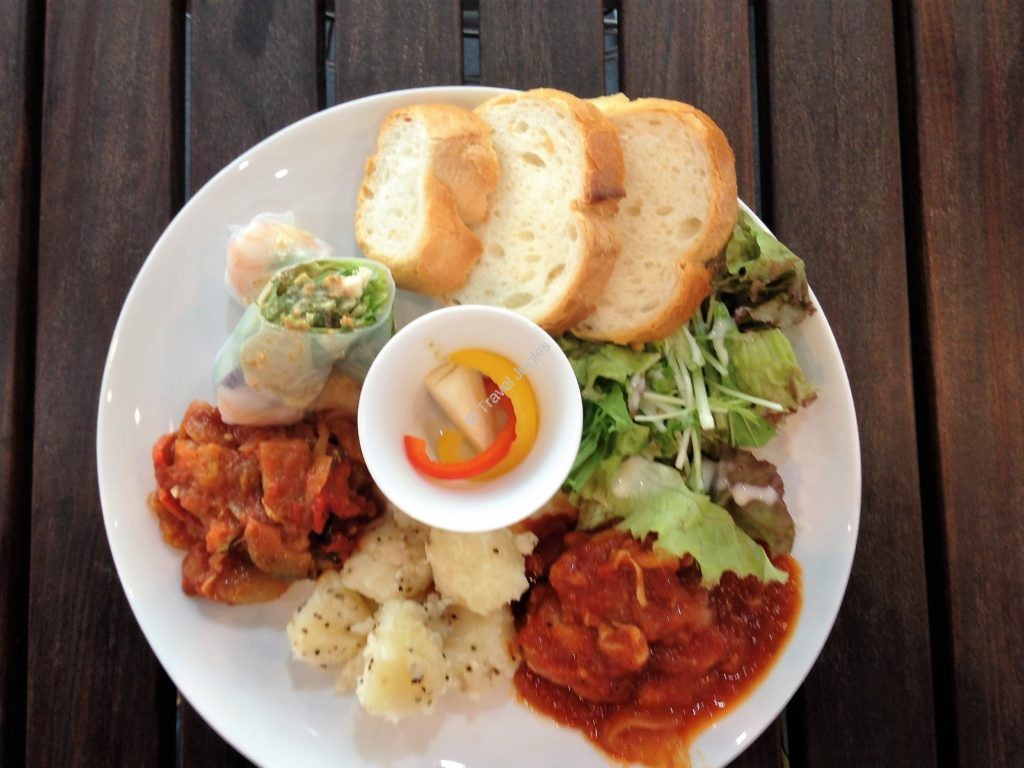 Our next stop was Fujikyu Highland, which made me sure of some adventures awaiting us. There were a plethora of rides to enjoy. I loved the water rides which made us completely wet. The roller coaster rides especially, were not meant for the faint-hearted (such as me), as these required an adventurous streak with an equally strong heart and mind

For me, the best and most enjoyable part was the Hippo vehicle (a bus) which took us along the greens for about 20 mins, before jumping into Yamanaka Lake. Now, that was a thrilling experience

Post the thrills, it was time to calm down and introspect on life. At the Buddhist Zen Temple (15th Century) in Fuji Stupa Peace Park, the reticent milieu ensures internal reflection, which is in present scenario we seemed to have lost track of. At the temple, meditation is done in Zazen position (lotus position), wherein the priest may hit you with a bamboo stick on your shoulder, lest you lose your concentration. It was nice to see life so closely and to witness the Japanese culture so closely 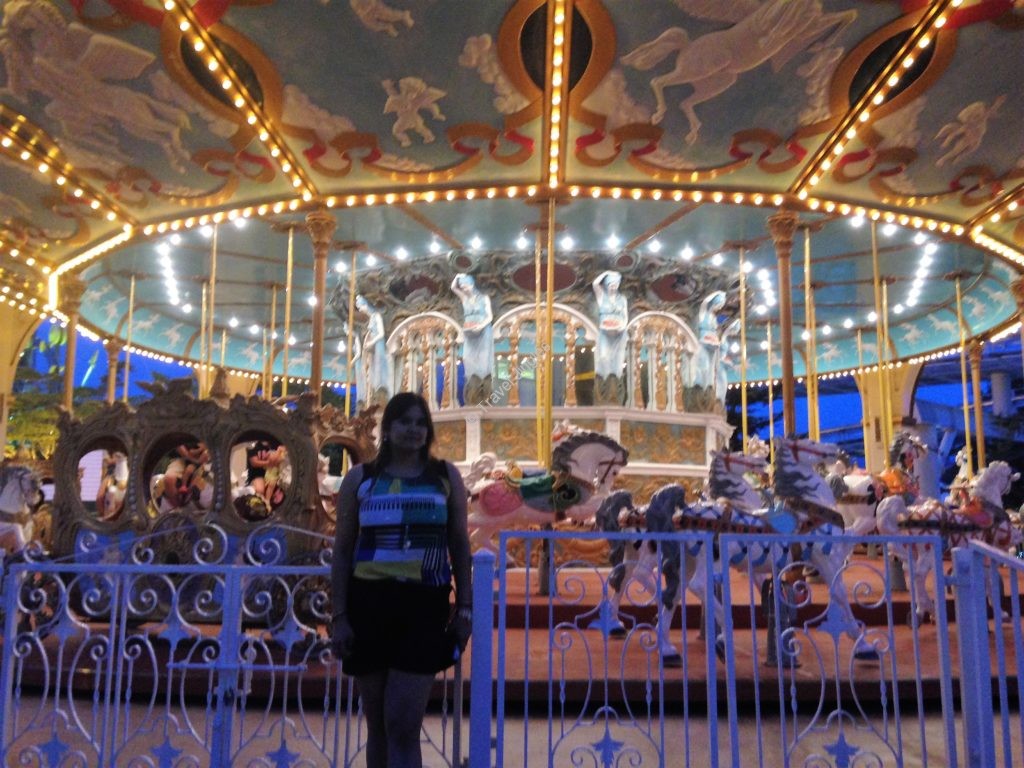 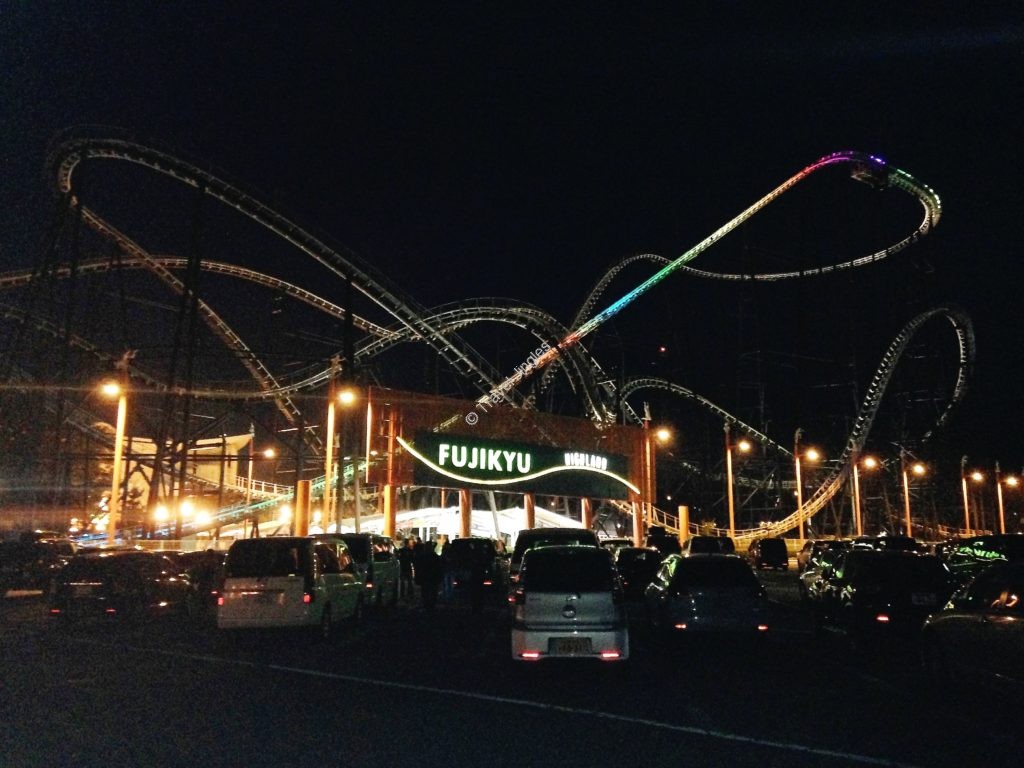 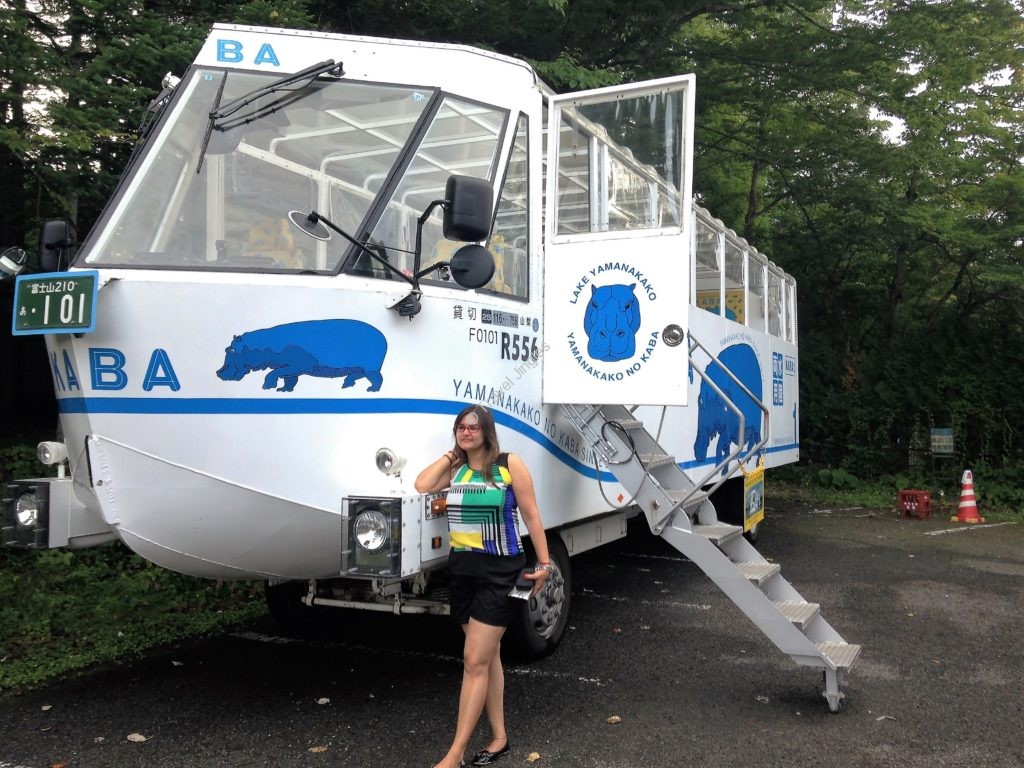 Having slowed the pace of life, it was time for some traditional ceremonial indulgence at the Hyogetsu-tie
teahouse, in the Shizuoka prefecture. In Japan, a cup of green tea preparation and consumption is an elaborate affair. Shizuoka prefecture is a treasure for powdered green tea, locally called “Macha”. The sacred ceremony involves – the chadogu, the vajra asana style seating where the entire tea making procedure is dealt with grace & respect
“Ms Fukatsu Fumiko, performed the tea making ceremony. We had a short conversation with her. She told us, it
has been practising the art of tea making since she was a teen and even today, after some 60 years also she says she is yet to attain perfection. Well, that speaks volumes for a tradition far steeped in the history and tradition. Every deliberate movement, be it the pouring of water in the boiler or simply stirring the tea with a bamboo, has a serenity that exudes grace. Watching her perform the ritual was appealing and enlightening. The culmination of the ceremony was an acknowledgement of the sacred offering and consuming the tea whilst sitting upright with feet tucked under hips -vajrasana in the yogic term 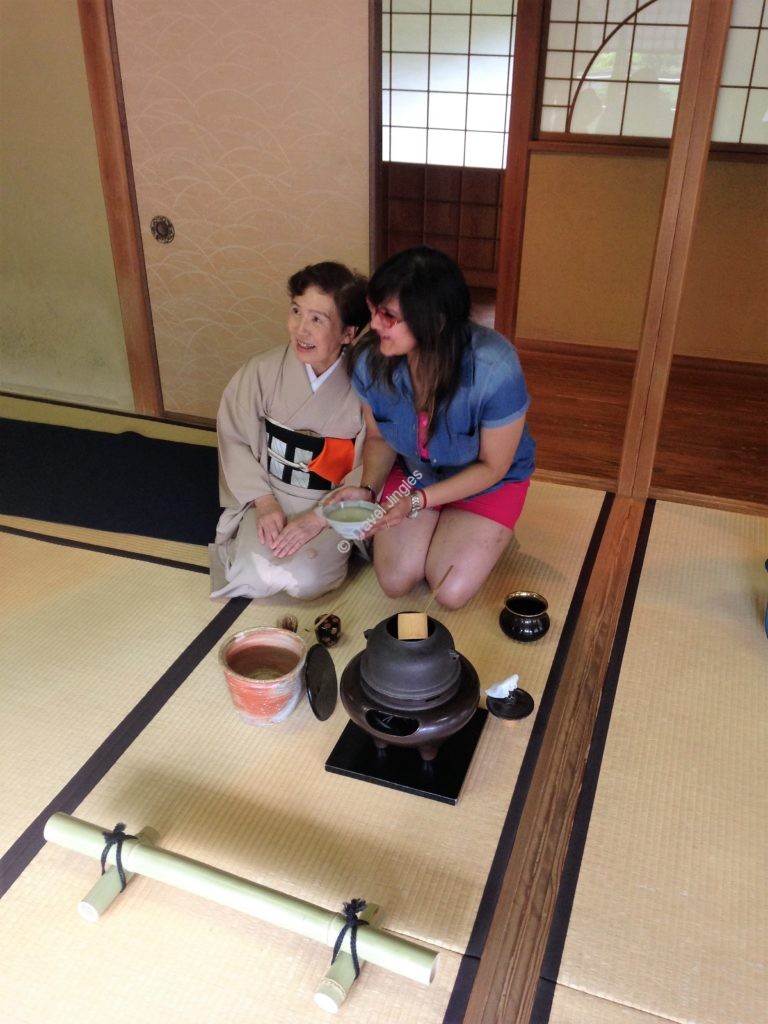 Post the tea making ceremony, we had some fun by dressing into their local attire and the entire place was lush green. The view was outstanding. 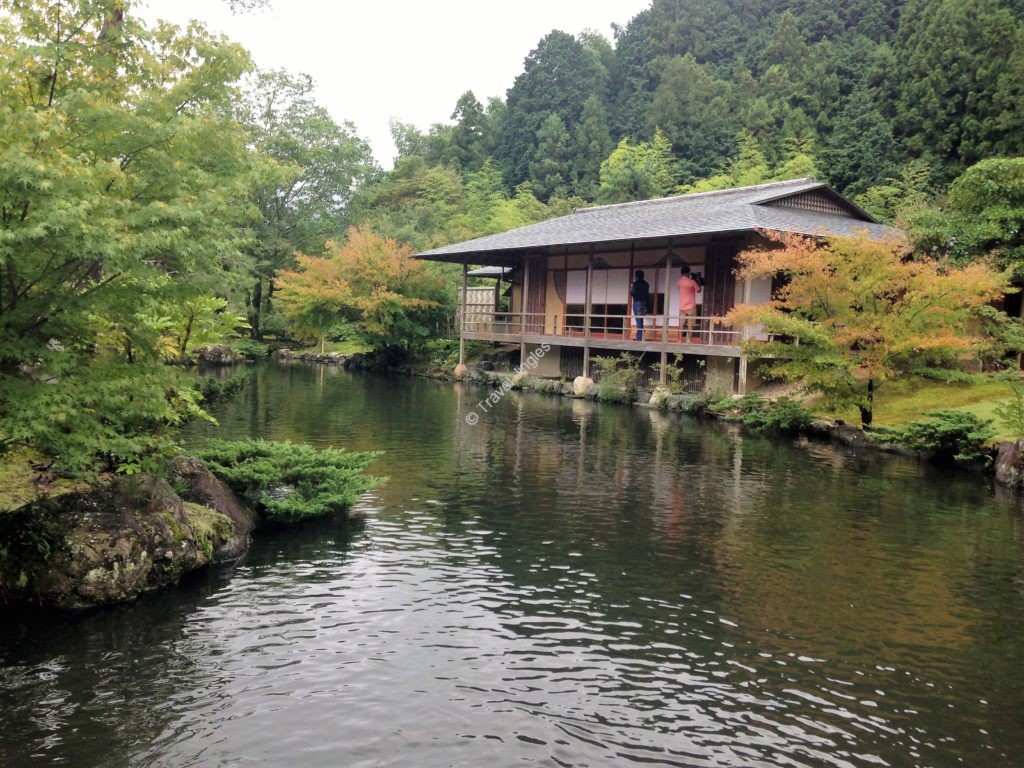 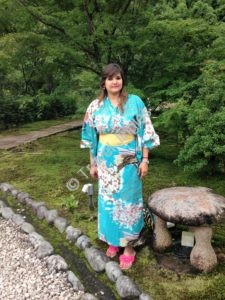 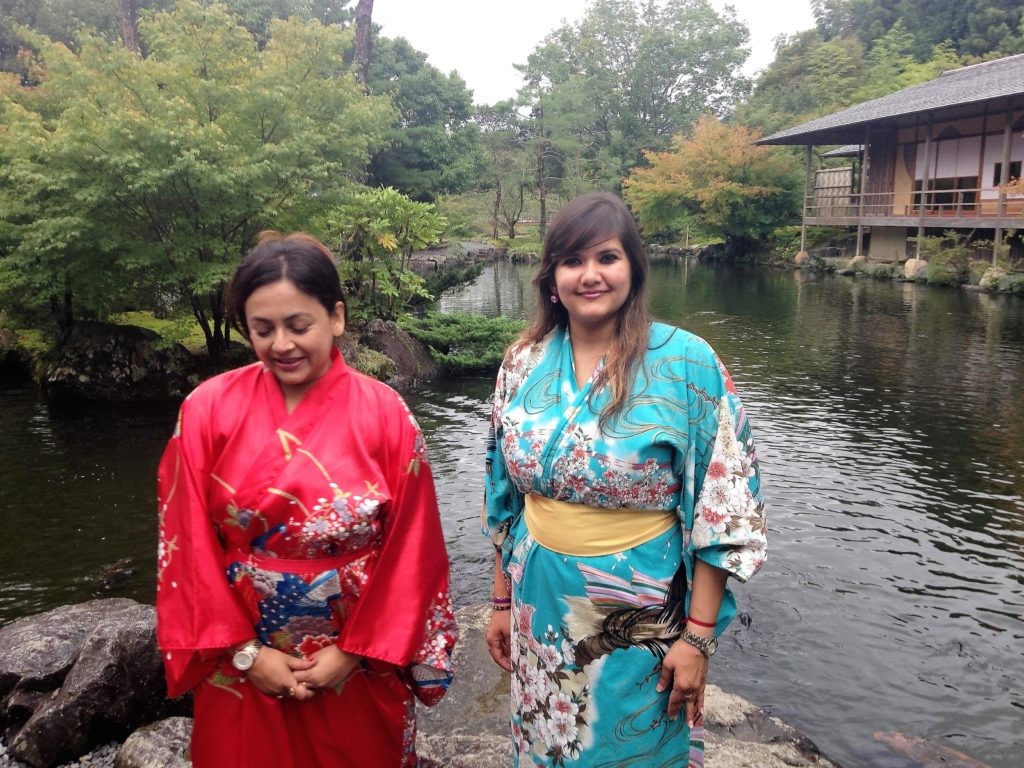 Another interesting observation that I came across was that almost everyone in Japan looked fit as a fiddle. This persay has a lot to do with the diet rich in proteins- sushi, sashimi, tuna, salmon; which are made with minimal use of salt and oil. The food is light on the stomach as well as, on the digestive system. The rice wine called “Sake” is an integral part of their staple food to flush down the toxins.

While I did enjoy the Japanese cuisine, but the Indian in me was missing the Indian food. To my surprise, this wish came true as the Indian restaurants around pampered my taste buds to some lip-smacking Sambar, Rajma Chawal & Gajar ka Halwa.

For Japanese food, one should try the meals at “K.House” too. They have a chain of 40 restaurants across Japan. For Japanese food lovers, in India, a surprise with the name  “Fuji Restaurant” has opened in Delhi & 2 more in Kolkatta. They are likely to come up with a few more restaurants soon in India. 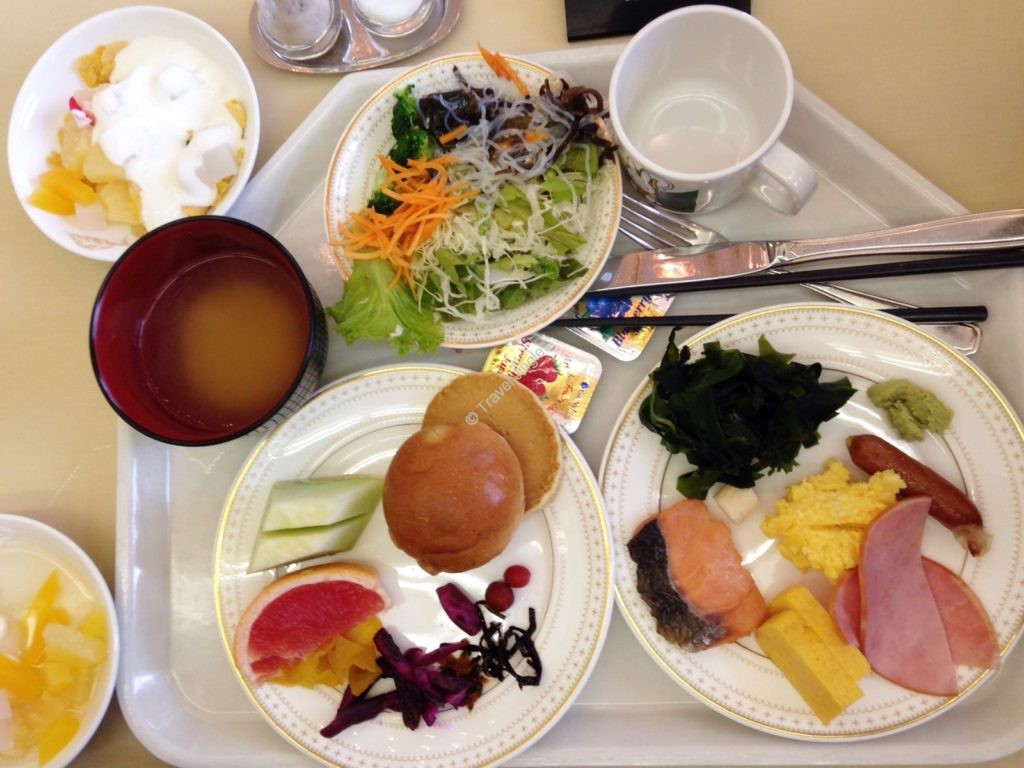 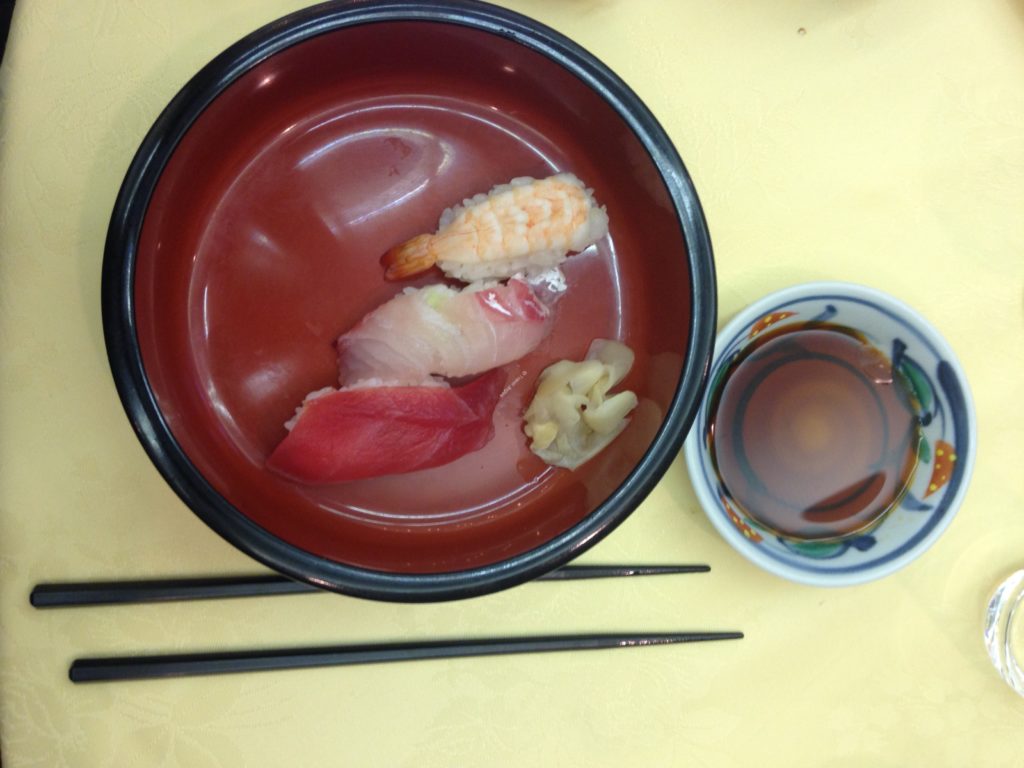 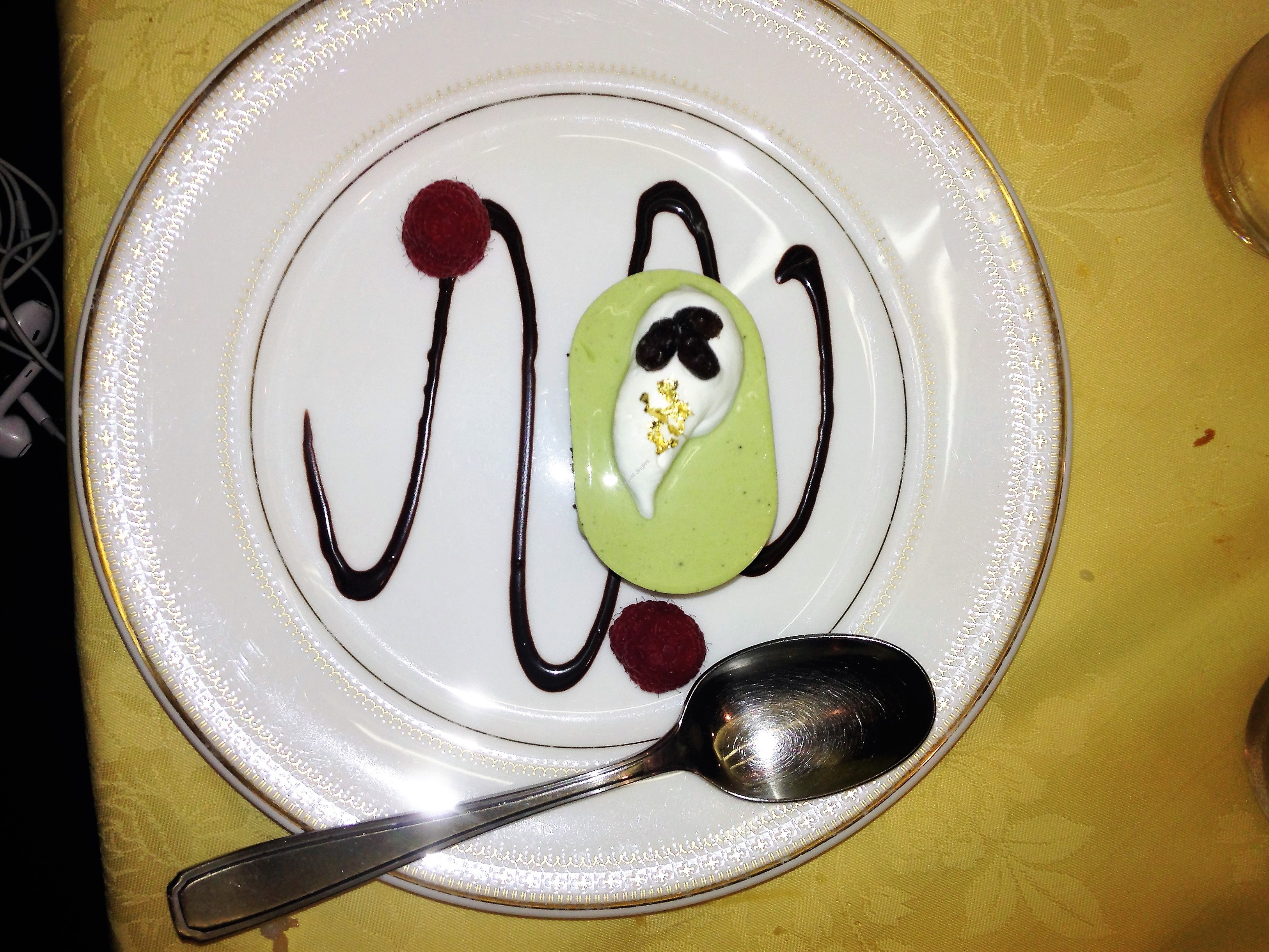 I personally feel my experience dealing with the locals of Japan was fantastic. They are very friendly and courteous people who will always help you with a smile on their face. The young generation of Japan speaks English if not fully but partially which definitely helped us.I befriended with some of the locals who were very charming. My best moment staying in Japan was to doll up in their local dress and I got such opportunity twice which I did not miss even once. I was very happy to dress up and get pictures clicked.
Like every good thing comes to an end. My fun & frolic trip to the Land of the Rising Sun also came to an end. I shall always remain bright & high about this trip in my memory. 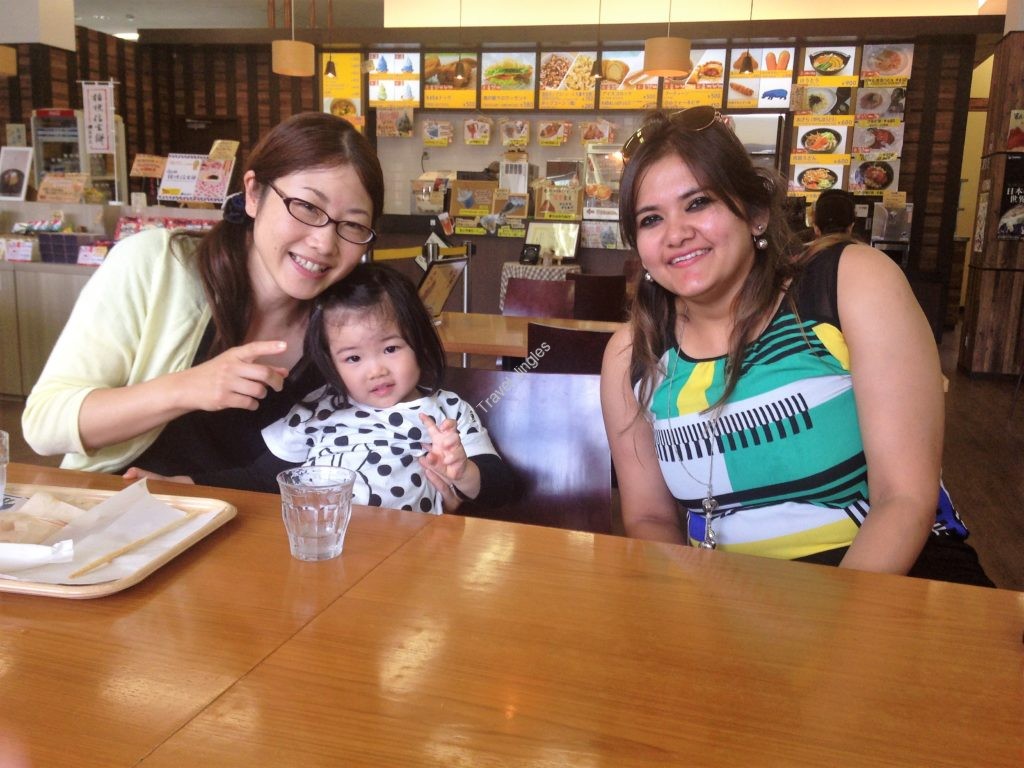 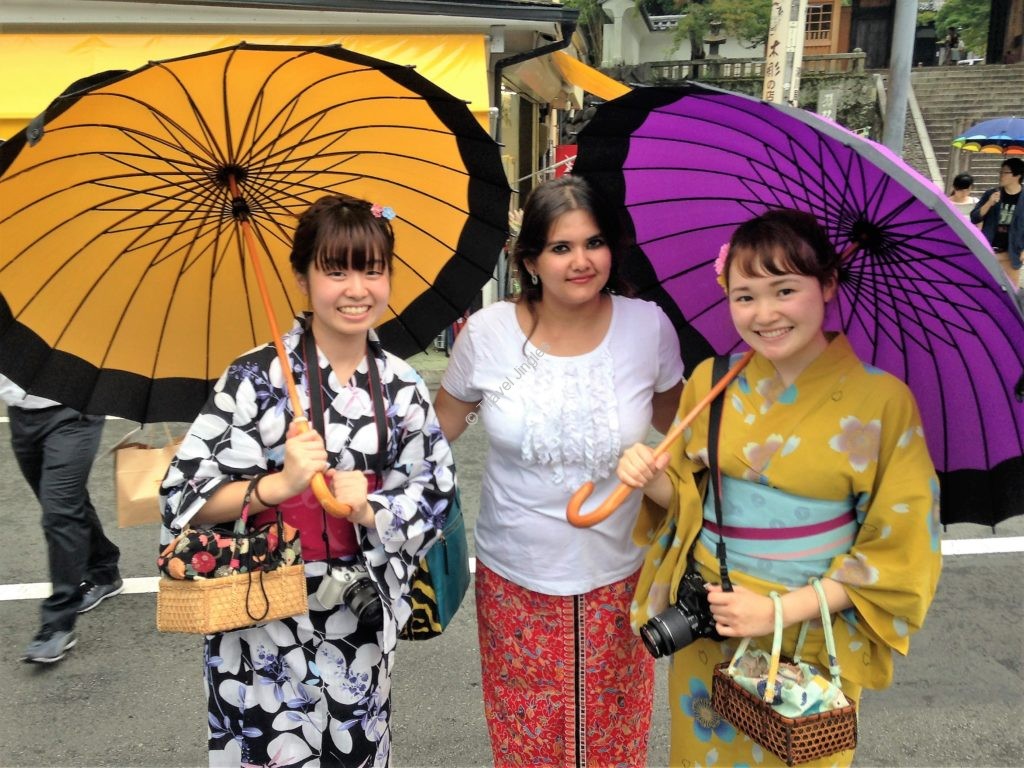 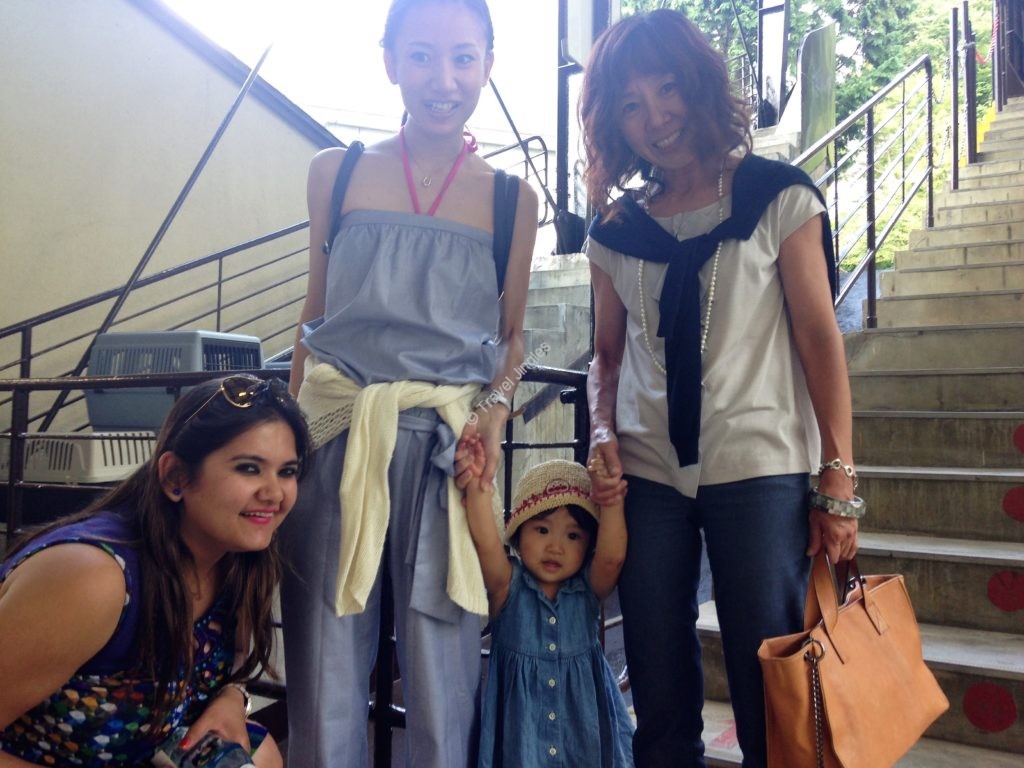 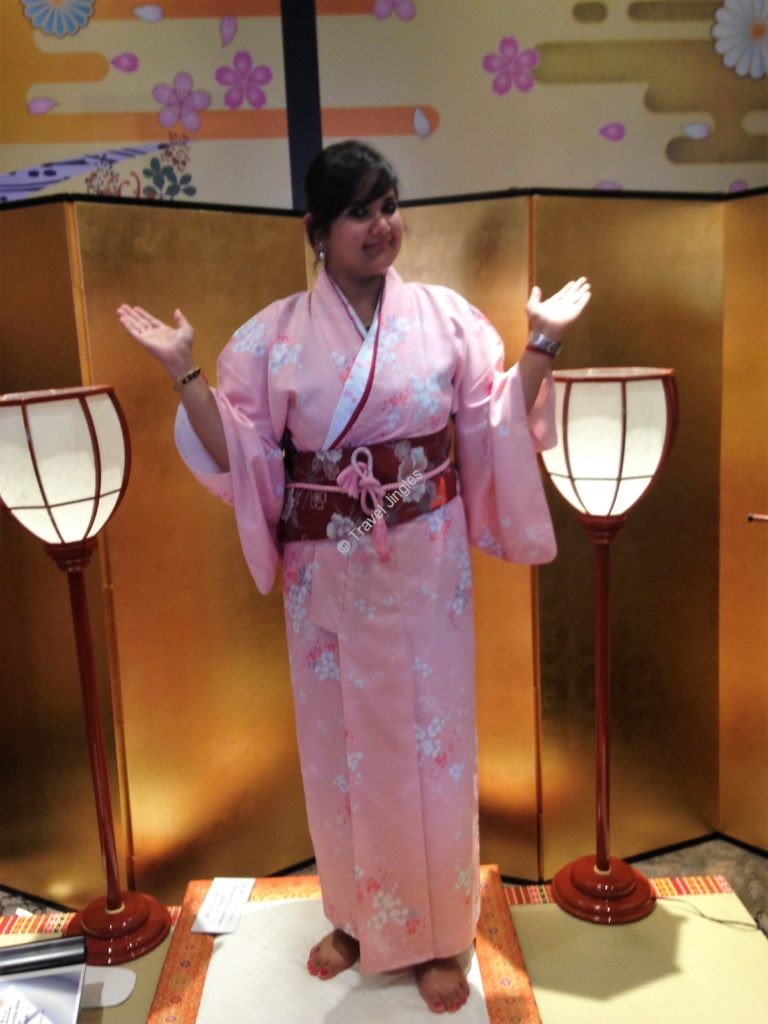