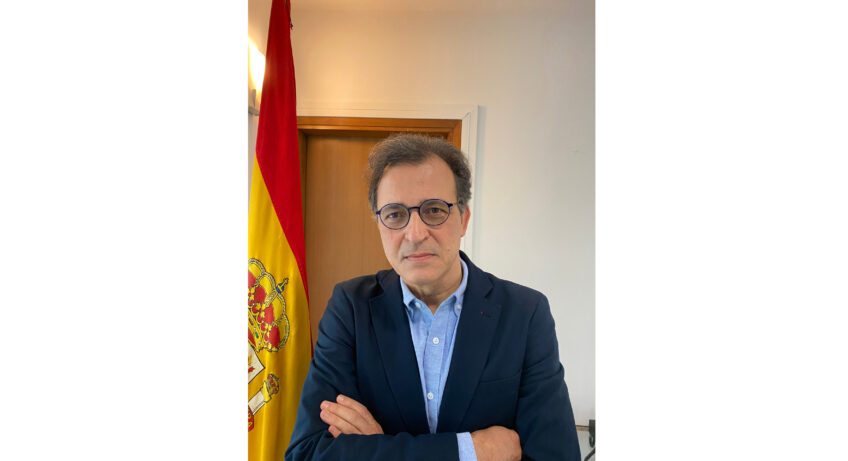 The second most visited country in the world.

Spain is a country known for golden coastlines, lively cities, famous gastronomy and a rich cultural heritage. It is a diverse country that possesses a fascinating history, beautiful landscapes and exotic traditions. Let’s know more about this beautiful country in a rendezvous with H.E. ​Mr. José María Ridao Domínguez, Ambassador of Spain to India. 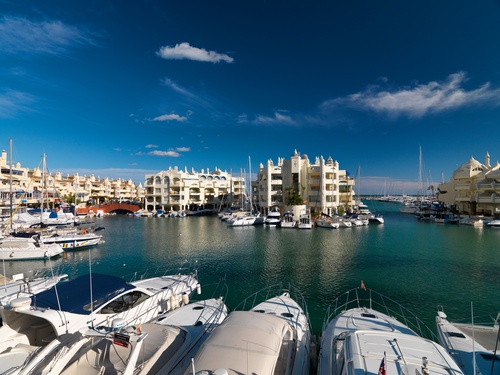 Tell us about the three must-do things in Spain.

As you may know, Spain is the second most visited country in the world. There are so many things to do in Spain depending on your interests. So, it is very difficult to choose just three because of the huge diversity that characterizes Spain. If you are fond of heritage, The Prado Museum, the Alhambra in the city of Granada and the cities of Seville and Cordoba are a must. If you prefer urban and modern cities full of culture, then cities like Madrid, Barcelona and Valencia must be visited. Nature is present all-around Spain – comprising of snow-clad mountains and lovely beaches in the peninsula, and in the Balearic and Canary Islands. Of course, there are many other activities you can do too- watch a Live Football Match at Camp-Nou (Barcelona) Stadium, savour the best tapas in the Golden City of Seville, watch the popular flamenco tablao in Madrid or in the Andalucia region, walk around historic towns like Cadiz or Salamanca, among others. If you are an adventurer, you can enjoy Skydiving in Empuriabrava or go skiing in the Sierra Nevada mountains. 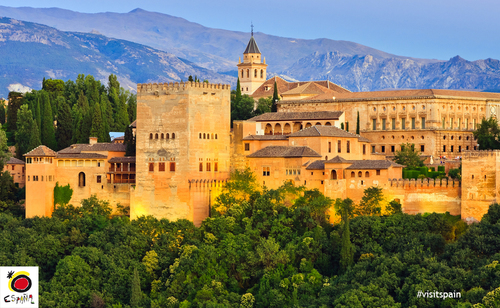 Spain is proud of its UNSECO sites and cities, such as Alcala de Henares (where the protagonists of a masterpiece of world literature, Don Quixote, welcome you to the House-Museum of their creator, Miguel de Cervantes), Caceres (with its enchanting medieval towers that dominate over historic, cobbled-street town center), Cordoba (with its the Great Mosque-Cathedral – an architectural phenomenon and the legacy of Andalusia’s historic past), Ibiza (the island not only known for its party scenes, but also its historic town ¨Dalt-Vila¨), Merida (a city that boasts an impressive Roman theatre), Salamanca (with its cathedrals and university buildings bursting with art), among others. Apart from the sites and cities, Spain has 17 intangible world heritage assets declared by UNESCO, such as flamenco, human towers or castells, Las Fallas of Valencia, Tamboradas (traditional drumming festival, especially during Easter), Festival of the Courtyards in Cordoba, la Patum Festival in Berga (Barcelona), Summer Solstice Fire Festivals in the Pyrenees, and many more. 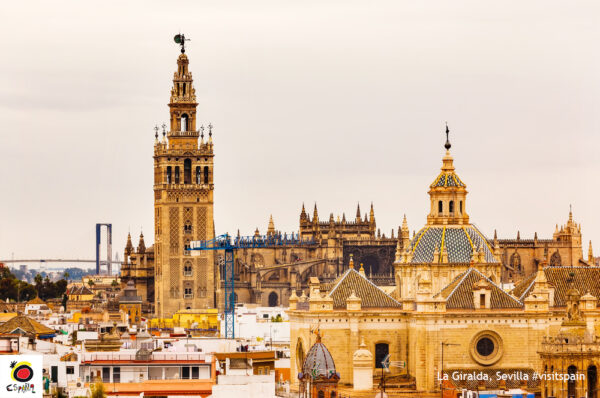 Olive and olive oil are the most used ingredients of Spanish cuisine. Tell us about the gastronomy of the country. Do we also get Indian food there?

Spanish olive oil is one of the best in the world and is typical of the Mediterranean diet. The variety of Spanish gastronomy is enormous and we have cuisines of exceptional quality, with many Michelin Star restaurants too. Whether you’re travelling in the north, the south, the coast or inland, every part of Spain has a delicious dish just waiting for you. You can visit Valencia for its famous dish Paella (authentic flavourful rice dish cooked with vegetables, meat and veg/meat stock), or you can go to Castilla La Mancha to taste its authentic Pisto Manchego, which is a wonderful twisty treat for vegetarians. It is a stew made of tomatoes and sweet peppers – a healthy, balanced dish which can be topped with a fried egg, if required. In Andalusia, you can try the Gazpacho, a refreshing cold tomato soup made with some bread, garlic and olive oil, all beaten together in a mixer grinder. Of course, Indian cuisine can be found in many cities too, with several vegetarian and vegan options. 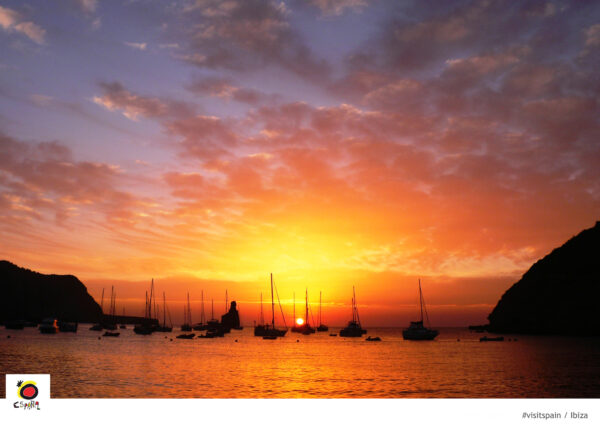 Spain is famous for its art, around the world. Tell us more about art and the artists of the country.

Spain features countless museums and art galleries. Spain’s museums house some of the most important collections in the world, and are home to some exceptional works and true masterpieces. If you want to get to know artists such as Velázquez, Goya, Dalí, Miró or Picasso, visiting the museums and art galleries is a must. In Madrid, for example, you can take the ‘Art Walk’ comprising the Prado Museum, the Thyssen-Bornemisza Museum and the Reina Sofía National Museum that take you on a journey through the history of art, up to the present day. 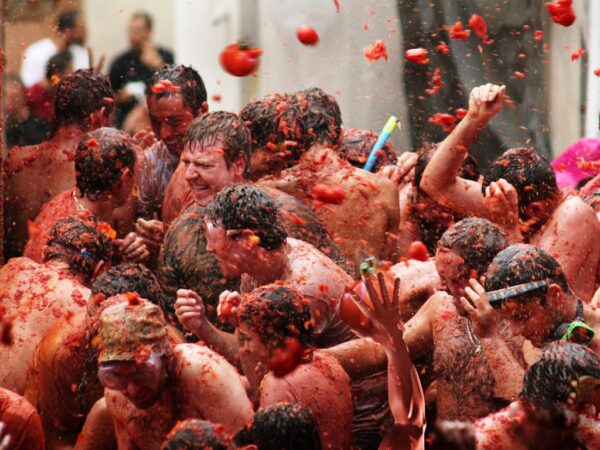 Some of the most important and interesting Spanish festivals enjoying international interest are Las Fallas of Valencia, La Tomatina Festival (Tomato Throwing Festival) in Buñol, San Fermines Fiesta (Running of the Bulls) of Pamplona in Navarra, La Semana Santa (Holy Week) processions and celebrations in Spain, pilgrimage of Camino de Santiago (St. James Way) which can be explored by road, horseback or on foot. You can experience Feria de Abril (April Fair) of Seville – one of the most iconic celebrations coupled with Andalusian traditions, or the Cordoba Courtyard/Patios Festival, when the town of Cordoba is blooming with beautiful and scenic views of their courtyards. Of course, these are only a few examples. You can actually enjoy many more festivals in Spain depending on the time of the year. 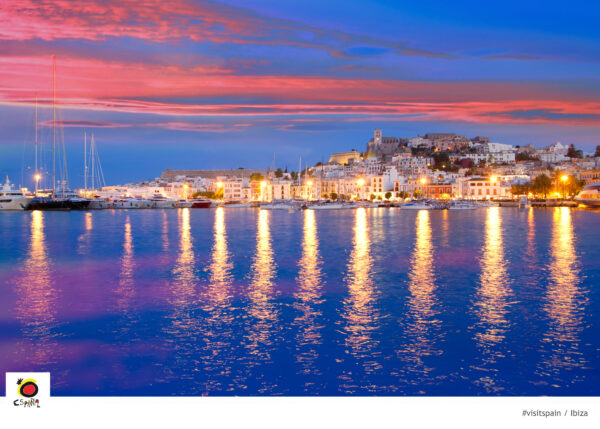 Ibiza and Majorca are the most talked about party towns of Spain. What makes them so special? Tell us more about it.

Balearic Islands are a heavenly Mediterranean destination offering great climate and is surely very popular amongst the millennials for its famous parties – a place where you can let your hair down, enjoy the laid-back atmosphere of its fashion and street markets, and of course, enjoy its exciting night life. But it’s much more than that! You can enjoy coves of turquoise water so clear that boats seem to be floating in the air, venture into hidden caves, visit lighthouses with endless views, relax next to the sea and watch unforgettable sunsets surrounded by beautiful scenery. 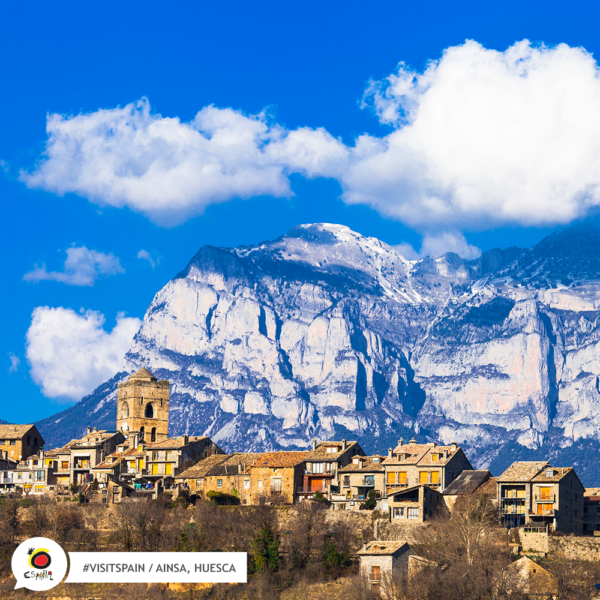 ‘Zindagi na milegi dobara’ is one of the most loved movies of Bollywood which was shot in Spain. What makes Spain a filming destination?

There are so many aspects of Spanish geography and culture that makes Spain a perfect filming destination – diversity and the beauty of cities, towns and villages, their art and culture, variety of natural landscapes like beaches and mountains accompanied by lovely weather all round the year. And apart from its natural beauty, when it comes to filming in Spain, it also provides excellent technical and financial support through its film commissions, local tourism boards and agencies, among others. As a result, Spain has been featured as some of the iconic locations in productions, such as Star Wars, Game of Thrones, among others. 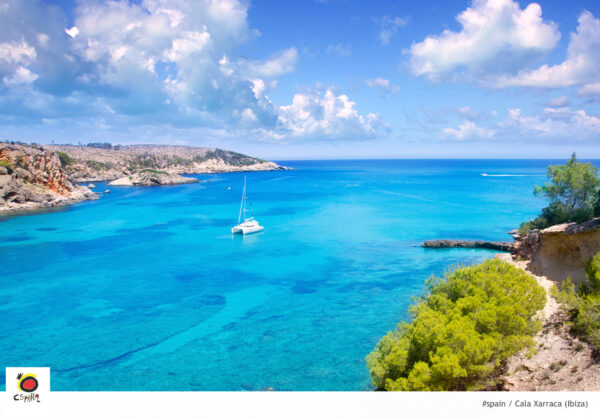 Do we have any similarities between India and Spain? Share some details on this.

India and Spain seem to have a lot of common aspects – the love for music, gastronomy and heritage, among others. Within music and art, it’s quite interesting to note that we have had various collaborations between the dance forms Flamenco and Kathak in the recent past that have highlighted the passion for music that both our cultures share. Furthermore, I feel that some festivals of both countries share a lot of commonalities too. For example: The festival of Holi is very similar to our La Tomatina tomato throwing festival in Buñol or just like the Indian Dahi Handi (Govinda) Festival, we have human castles competitions, especially the ones called as castellers from Tarragona. In addition to the festivals, Spain is one of the most hospitable and welcoming countries of the world.