Uttar Pradesh is a land of culture and tradition, history and heritage, festivals and cuisines, and much more. From ancient temples to national parks, wildlife sanctuaries to historic places, spectacular architectural marvels to massive forts, the state is rich in every sense. Uttar Pradesh is the land of the Ganga Yamuna doab region. Uttar Pradesh is also the birth places of Lord Rama- Ayodhya and Lord Krishna- Mathura. The state takes a sheer pride in its tourist attractions such as Taj Mahal of Agra and sacred ghats and the powerful Kashi Vishwanath (Lord Shiva) temple of Varanasi. Each city of Uttar Pradesh has its own charm and calls for recognition.
Let us know about Uttar Pradesh from Mukesh Meshram, IAS, Director General/ Chief Project Director, Uttar Pradesh Tourism.

Uttar Pradesh offers something for each age group. Tell us about the three tourism destinations of the state and what does it offer.

A. AYODHYA: The birthplace of Lord Ram and the setting for the epic Ramayana, it used to be the capital of the ancient Kosala kingdom. Ayodhya also has the remnants of Buddhism, Jainism and Islam. It is belived that five of the Jain Tirthankaras were born in Ayodhya. Ayodhya tourism has a lot to offer to spiritual minds. Some of the noteworthy temples include Hanuman garhi, Nageshwarnath Temple, Ram Temple. Other than visiting temples, there are several other things to do in Ayodhya, such as strolling around Ram ki paidi and Guptar ghat, visiting Tulsi Smarak Bhawan and Bahu Begum ka Maqbara as well as attending the cultural show at Ramkatha Park. One can also visit the annual festival of Diwali on the banks of the Saryu River.

B. VARANASI: Set in the beautiful northern state of Uttar Pradesh, Varanasi is one of the holiest cities to visit in India. This city is home to numerous pilgrims and has a lot for the travelers to explore and do here. One can experience a magical boat ride on the river Ganga at sunrise or sunset. Tour the famous Kashi Vishwanath Temple. Witness the grand evening aarti ceremony. Attend a cremation ceremony at Manikarnika Ghat. Plan a day trip to Sarnath or Chandprabha Wildlife Sanctuary. Practice yoga at the streets of Assi Ghat and attend a musical live performance. Visit the historical Ramnagar fort, weaver’s village and Banaras Hindu University. Shop Benarasi silk and brass and gulabi minakari products. Explore the streets and lanes of Varanasi and the street delicacies. All this will leave you with amazing memories.

C. MATHURA: Perched alongside the banks of River Yamuna; Vrindavan and Mathura are two towns that we all have heard off. These are also two of the oldest towns in India which are related to the religious history of the land. You can come across a number of temples and religious structures in both the towns. It is believed that Lord Krishna was born in Mathura around 5000 years ago. One can visit the Sri Krishna Janmbhoomi Temple. Experience Mahabharata by visiting Kans Quila. Picnic and dip in Kusum Sarovar. Trek amidst nature in Govardhan Hill. Witness Patal Devi Cave at Bhuteshwar Temple. Not only this, one can witness and enjoy playing Lathimoar Holi. Take a dip at Vishram Ghat. Also, explore Mathura Museum and the sweet treats (Mathura peda) 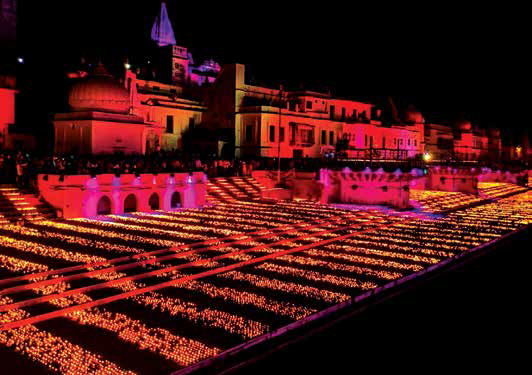 Uttar Pradesh is becoming a global religious tourism hub which welcomes both domestic and international tourists. What makes it so special?

The State has three UNESCO world heritage monuments namely Taj Mahal, Fatehpur Sikri and Agra Fort and a number of religious, heritage and cultural sites of international importance, such as Ayodhya, Varanasi, Sarnath, Kushinagar, Mathura, Vrindavan, Jhansi, Kalinjar apart from several other Buddhist and Sufi sites. Thus, Uttar Pradesh is replete with spirituality and divinity and is one of the preferred pilgrimage places for those seeking spiritual holidays in India. Uttar Pradesh glows with a spiritual aura that one can only witness on their pilgrimage tours here.
• Uttar Pradesh is primarily home to many Hindu pilgrimage destinations. It is also the venue for one of the world’s largest religious congregations, Kumbh Mela in Prayagraj. Then there are other equally important religious places in Uttar Pradesh, including Mathura and Vrindavan and a number of Hindu temples in places including Ayodhya, Chitrakoot, Hastinapur, and many more.
• The state is even home to a plethora of Muslim sacred destinations in both small and popular towns and cities of Uttar Pradesh. In Lucknow, the popular Muslim shrines include the Deva Sharif, Imam Bara and Dargah-e-Sabri. In Agra, the Muslim worship places can be found in the form of Moti Masjid and Jama Masjid which are a brilliant example of Mughal architecture. Other than these destinations in Uttar Pradesh, pilgrims can even visit sites in the Sufi circuit such as Fatehpur Sikri, Varanasi, Ambedkar Nagar, Amroha, Jaunpur and Saharanpur for Muslim pilgrimage centres.
• Most of the churches in Uttar Pradesh are done in the amazing Mughal, French and Portuguese style of architecture. St. John’s Church in Meerut is the oldest in the state. Other than these, there are many other cities of Uttar Pradesh including Aligarh, Prayagraj, Varanasi, Gorakhpur, Kanpur, where churches depict a historically important past.
• Uttar Pradesh not only offers a bunch of Hindu, Muslim or Christian religious sites but also a number of best Buddhist pilgrimage sites. Buddhist attractions in Uttar Pradesh include stupas and monasteries. The important places included in the Buddhist circuit tour in the state are Kapilvastu where Gautam Buddha spent twenty-nine years of his life; Kaushambi where he visited after his enlightenment; Kushinagar where one Buddha attained Mahaparinirvana; Sarnath where Gautam Buddha delivered his first sermon; and Sravasti where it is believed he spent 24 years.
• Also, the state is dotted with a plethora of Jain and Sikh pilgrimage sites that are beautiful and sacred for paying homage. 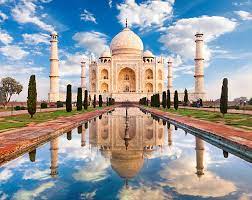 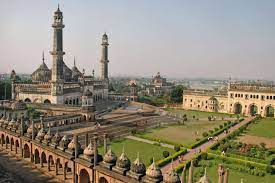 Travel to you is… one word

Awadhi cuisine is an indigenous part of the city of Nawabs, Lucknow. Which are the must-try dishes of Lucknow.

One should visit Dastarkhwan and Tundey kebab to try the famous galouti kebabs, kakori kebabs and shammi kebabs that Lucknow is very famous for. Apart from that, street food, such as Basket chaat from Royal Café and other small stalls in Hazratganj are famous. One can also dig and taste the flavours of Lucknowi biryani.

Ayodhya made a world record by burning around 19 lakh diyas on Deepawali, this year and every year we are breaking our own record. Comment.

We will continue breaking our own record as we want to create awareness, and market the idea of #Ummazing UP in India as well as abroad.
Ayodhya is the site of Ram Janmabhoomi (an important place for the Hinduism) and lighting the diyas on the festival of Deepawali showcases our motive to excel and bring Uttar Pradesh on the global map as a religious and spiritual destination fo