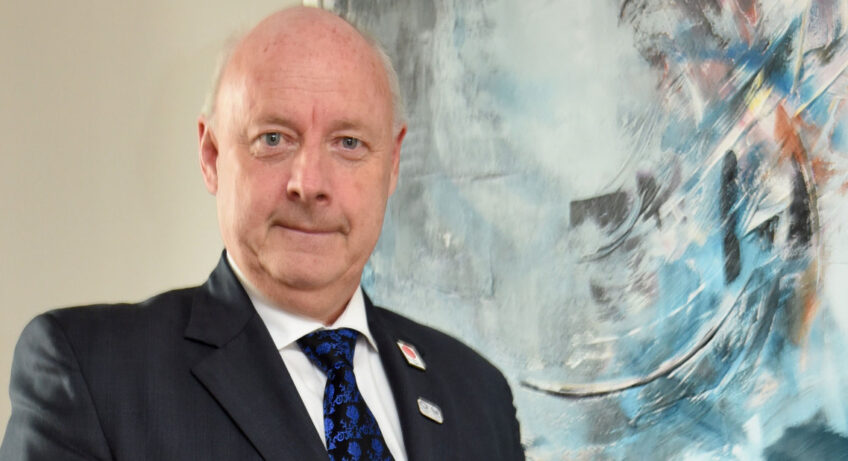 This Scandinavian beauty, also called the ‘happiest country in the world’- Denmark. It is known around the world for its bike culture. The world-famous LEGO® brick was invented by a Dane. Besides this, Denmark has some of the most beautiful beaches in Europe. Interestingly, it was the first country in the world to legally recognise same-sex couples.
TravelJingles in a rendezvous with H. E. Mr. Freddy Svane, Ambassador of Denmark to India.

First and foremost come to Denmark to enjoy the lovability and the liveability of Denmark. We are often called ‘Paris of the North’ because we’re laid-back people who want to enjoy our life. There are a lot of museums and public spaces where you can enjoy cultural life, cultural events, and so forth. Dining in Denmark is fantastic with many Michelin- starred restaurants. Denmark is Scandinavia’s gourmet food powerhouse with a total of 39 Michelin Stars and 28 star-studded restaurants to choose from, spanning the region from Aarhus to Copenhagen. So, you have a wide variety to choose from and to dig into. Visiting Tivoli Gardens is a must when visiting Denmark. It is Copenhagen’s central theme park and one of the oldest in the world which is right in the centre of the city. Being one of the main attractions in Denmark and in North Europe, the gardens, music, and rides assure that you will have a blast. The best part of Tivoli Gardens is that the country offers something for all age groups. The scenery is breathtakingly beautiful with exotic architecture, historic buildings, and lush gardens. At night, thousands of coloured lights create a magical atmosphere that is awe-striking. It has quirks and charms, which you might discover while catching a glimpse of the guinea fowls or peacocks running freely through the gardens. 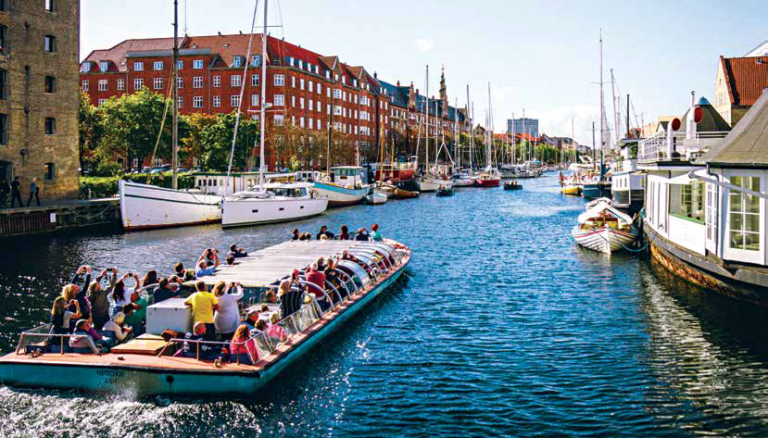 2. Denmark works cohesively on the concept of ‘going green’. The country has more bikes than cars. What are the initiatives taken by the country towards sustainability?

Denmark is levelled. We don’t have mountains. The highest hill is called Sky Mountain, as it’s not really high , standing at around 170 meters over the sea level. So, we have had a tradition to use our bicycles. Bicycles play an integral part in our daily life. And the bicycles, to start with, were part of the utility, until they became leisure. Today, bicycles have garnered acclaim and I feel many Danes will have more bicycles than cars. We have an excellent infrastructure and recently have inaugurated the Bicycling Expressways. Bicycling is a great way to help the climate and is also good for health. Not only this, in major cities, there are lanes where you will notice that cars are being forced to drive very slowly. On the other side, bicycles have specific lanes that have been given priority.
Amongst other initiatives taken by our government is our reliability on the green, renewable energy sectors. The wind is definitely the biggest answer. We utilize wind energy in many ways. Last year, more than 50% of all electricity consumed, not produced, came from wind alone. We have a coastline, which is just as long as the coastline of India. Since we are surrounded by sea it gives us fantastic wind opportunities. We are greatly moving our wind turbines into the sea; thus, we call them energy islands or offshore wind parks. But we are surrounded and graced by strong wind patterns, and many days we produce much more energy than we can consume.
Unfortunately, none of us, India and Denmark, have been able to develop reliable storage facilities. We ardently hope that kind of technology comes soon in the years ahead. 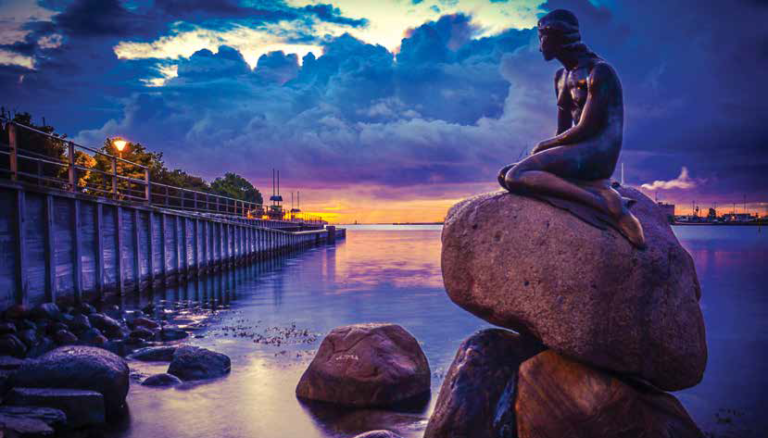 3. Denmark serves to be the origin of the world-famous butter cookies. Tell us about the country’s gastronomy.

Denmark was originally a farming land, so I was also born on a farm, and I know how to milk a cow. And then, we also made butter at home many years ago. Denmark has a lot of farms and farmers, which recently have been consolidated into bigger businesses. Yet, even today, we have dairy farms and farmers in Denmark. They own the cooperative as well as the processing part of it. For many years, dairy products, cheese, butter, have been a part of our daily life. On the other hand, Denmark had visionary chefs who believed in the local produce.
In my childhood, we all had gardens where we grew vegetables and had all kinds of berries, etc. That has all gone now and with the recent surge of super markets, we have seen that we can have mangoes from Peru, despite it being an off-season. The American system of super markets where you can buy everything across the year, changed the whole lifestyle because we were used to having seasonal produce. Like in springtime, we could have potatoes. First harvest potatoes and strawberries were delicious but now the taste is the same all over the world, which led our visionary chefs to develop cuisine based on local produce. This resulted in many restaurants being ranked by the homegrown Michelin-star system. Most recently we also witnessed one of the restaurants being given the highest level of recognition with three stars and that too in the fully vegetarian category. This should be a good piece of news for Indians, as we consider our cuisine to be important.

3. The country comes in the second position amongst the happiest countries in the world, what is the secret behind this?

That’s true. We are one of the richest countries on the earth and we have a well-developed Social Security system. If you’re losing your job, you will be taken care of by the government. We have free health and free education also as we pay it through taxes. It does have its pros and cons as we pay some of the highest taxes in the world. We call ourselves happy taxpayers, as we call it a return on our investment. When we pay tax, we invest in a society, and of course, what do we get in return? Free education, free health, and so forth.
We think that’s a good welfare based system. We think the lifestyle, happiness, a little bit of slow life does work. Trying to inspire 24×7, we have developed a work-life balance system where you work efficiently seven to eight hours a day and then you spend time with your family in playing sports, indulging in activities which makes you happy, or simply going for holidays. We Danes believe in having a system where there is a clear distinction between being at work and then being with your family or friends. Work-life balance, that’s something we think could inspire most people. This definitely makes us the second happiest country in the world!

4. One of the famous things to get from Denmark is Viking Jewellery. What are the other things one can get as a souvenir from Denmark?

Denmark is known for design, so we have very strong design tradition. We have excellent designs in furniture, porcelain, cutlery. Not many are aware that Denmark is very strong and also globally known for its design history and design legacy. One can buy whatever one likes as our designs are outstanding. Basically functional, minimalistic, and straight lines, these are the three major aspects of Danish designs. We believe in the concept that design is important not only for nice living, but also for a structured society.

4. What are the similarities between India and Denmark? Comment.

The two countries, have very strong cultural similarities. When I left India first time back in 2015, I was interviewed by DOH Duchen and I said, when my family and I came to India the first time, it was a country. Then we witnessed the Republic Day Parade. We saw the unity and diversity, that made it a nation. And when I left in 2015, we have been crisscrossing India. It was then that India appeared like a living civilization in the sense that you have cultures, traditions, practices, dating so many thousands of years back. Denmark have a proud history and we maintain the same tradition alive even in Denmark. We feel at home in our own culture, but we are also having an outlook towards the outside world.

5. Which is your favourite destination in the world and why?

I like Kevadia in Gujarat, a place where all facets of Indian culture and history are amalgamated into one impressive narrative. Here you can also see and sense the richness of India’s fauna. From herbal plants to Yoga – a meditative destination. Life displays all its gifts from nature.