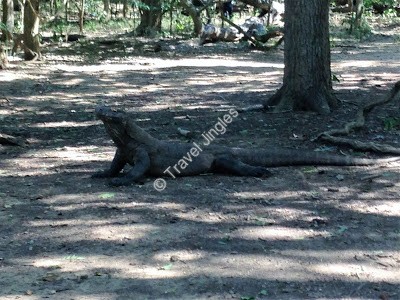 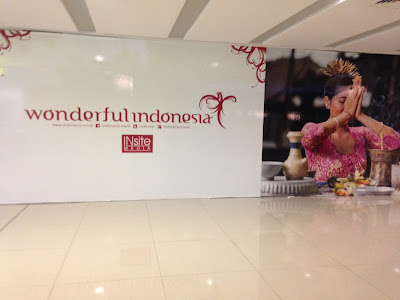 We stayed a night at Mercure Hotel in Bali which was right in the center of the city & in the close vicinity for shopping lovers. 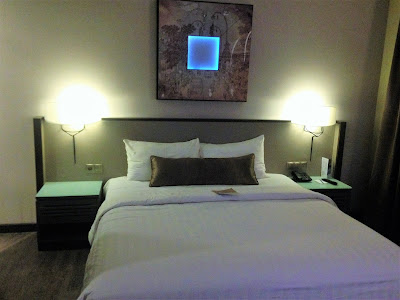 Next morning we were ready to board another flight to Flores Islands.  It was a hour & a half flight. We had a strong desire to witness Komodo; the gigantic dragons in it’s origin. 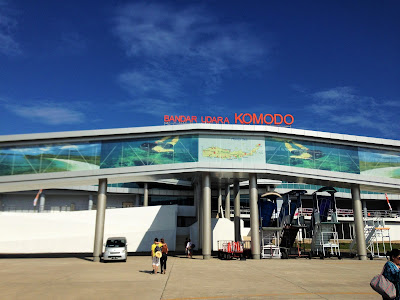 We checked in at Luwansa Beach Hotel which was nice. It has a swimming pool, restaurant & a clear beach adjoining each other. Rooms of the hotel were also comfortable & AC was superb. The only drawback was no wifi in rooms & it is available only in lobby. Luwansa Beach Hotel is based in Labuan Bajo. 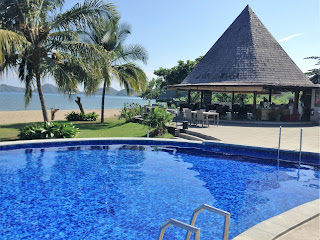 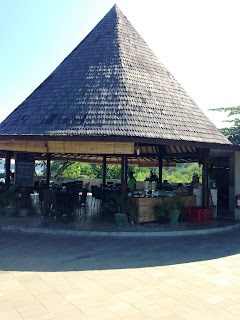 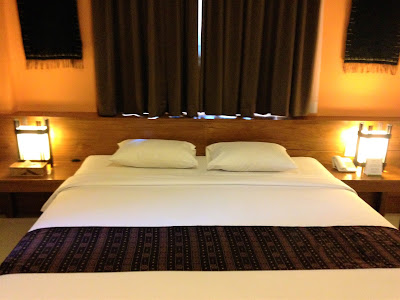 The sunset & sunrise from the hotel was so mesmerizing & soothing, giving a glimpse of a dreamy scenery. 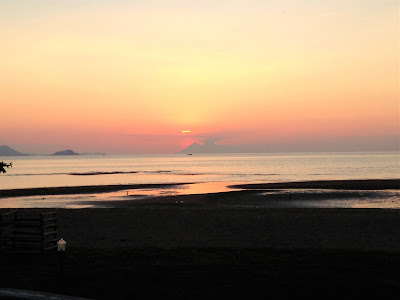 We took a ferry to reach Komodo Island which takes about hour & a half from Labuan Bajo. The feeling of witnessing the Komodo in their origin world “Komodo National Park” was scary but packed with a lot of excitement & thrill. 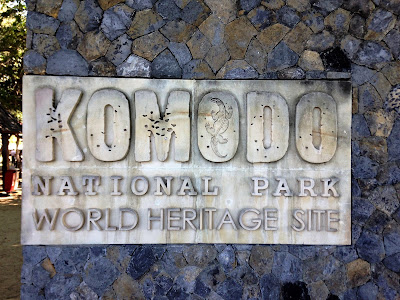 There were maps which showed 3 treks to go around the Komodo National Park. From easy to medium to hard trek. You can pick your pick from here. This helps you to search & locate komodo around the dry Island. Also, giving you the most amazing views of nature from this height. Although, our’s was a medium trek. 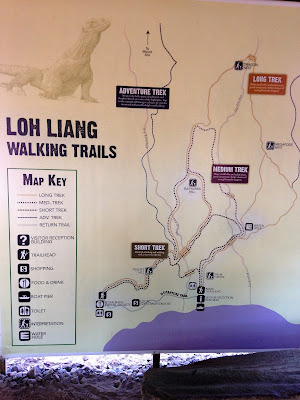 Flores is most famous for “Komodo National Park”, home to the unique Komodo dragon. It is quite huge & gives a little creepy feeling when you look at it, the first time. You can say, it is a monitor lizard of impressive size; shape & appearance which attracts thousands of people to visit them on their land from around the world. 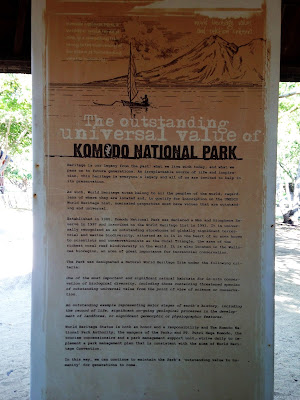 We were given a small briefing by our guide about the do’s & don’t before entering the Park. We were strictly told to maintain a good distance from them which was most important; do not separate yourself from your group & walk with the group; do not speak loudly, just whisper, incase we were lucky to witness them. 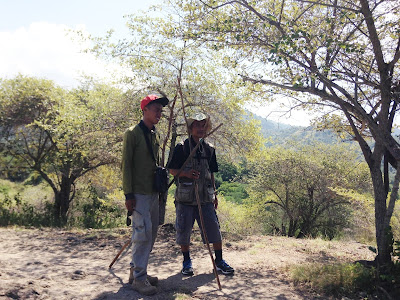 Indeed, we were lucky to find a couple of them. It was a great yet sleazy feeling, surrounded by the Komodos around you. 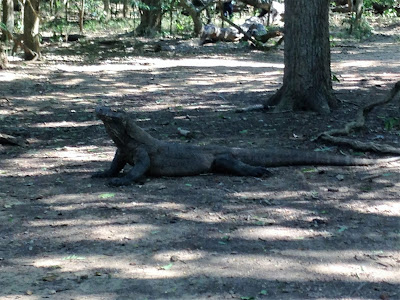 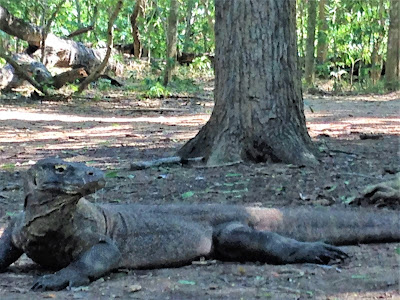 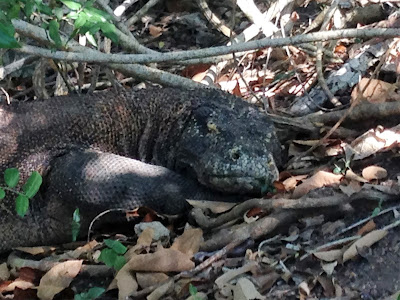 After a short stroll, we came across “a komodo couple”. We were told by our guide, it’s a male komodo who is so lazy & didn’t want to move from it’s place. The female komodo was full of aggression seeing so many visitors around her that she kept moving around. 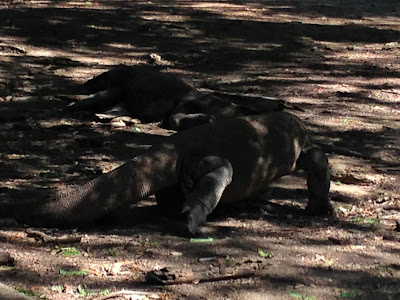 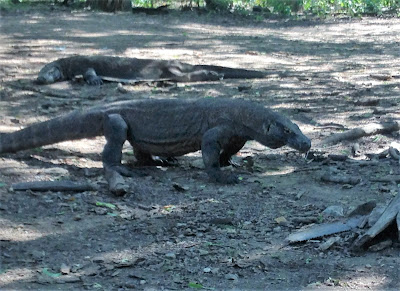 Check out these videos to get a shiver in your body, like I felt-
There are unlimited natural beauties waiting for you to discover here. It is a paradise for nature lovers. 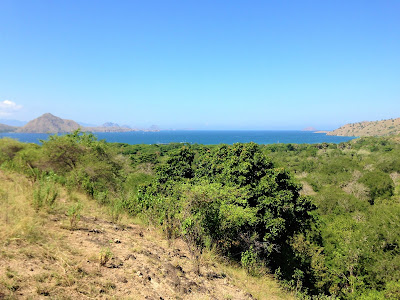 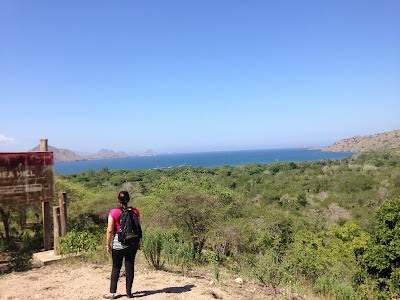 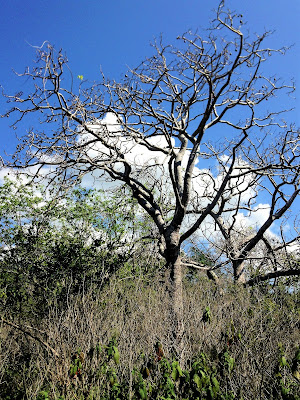 This is a local fruit which is also grown here, this is tamarind. I did try to eat but could not finish as it was very sour. 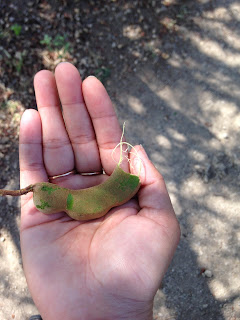 There is also a small market once you step out from the Park. Some locales  are selling Komodo key-rings, statues of komodo, pearls, jewellery etc for their livelihood. 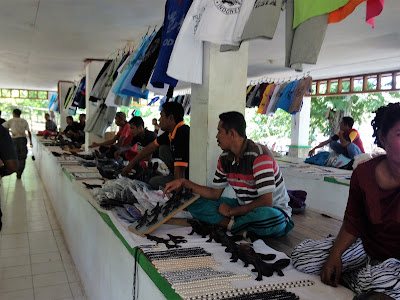 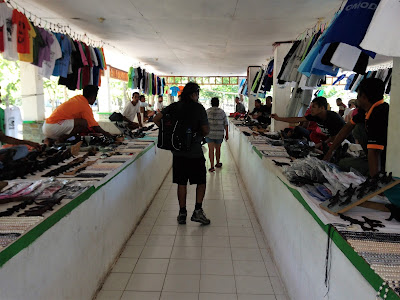 We enjoyed every bit of being around & witnessing Komodos such closely. This will be a lifetime memory for me. Do not miss visiting the Komodo Island whenever you are in Indonesia.
P.S.- It was an Invite from Indonesia Tourism Board; VitoIndia/Wonderful-Indonesia.
Tags: chandranichak@gmail.com;, pr@omtourism.com ; visitindonesia@omtourism.com; anand@omtourism.com